Discover the majesty of the original Hampton Court

Hampton Court Castle has been through an immense journey over the centuries. The oldest parts, including the Chapel, date back to 1427, making the building almost 100 years older than Hampton Court Palace in Surrey.

Difficult times and changing circumstances led to the Castle going through various transformations, which are reflected in how it looks today. The Castle is now fully restored and has retained a truly special atmosphere. It still operates as a place that brings immense joy and charm to many people, and we hope that this can continue for centuries to come.

The Castle is open to the public for guided tours from Spring to Autumn, which offer an opportunity to see some of the beautiful rooms that are still in use today. The Castle is also used for some public events, as well as hosting weddings and private functions. 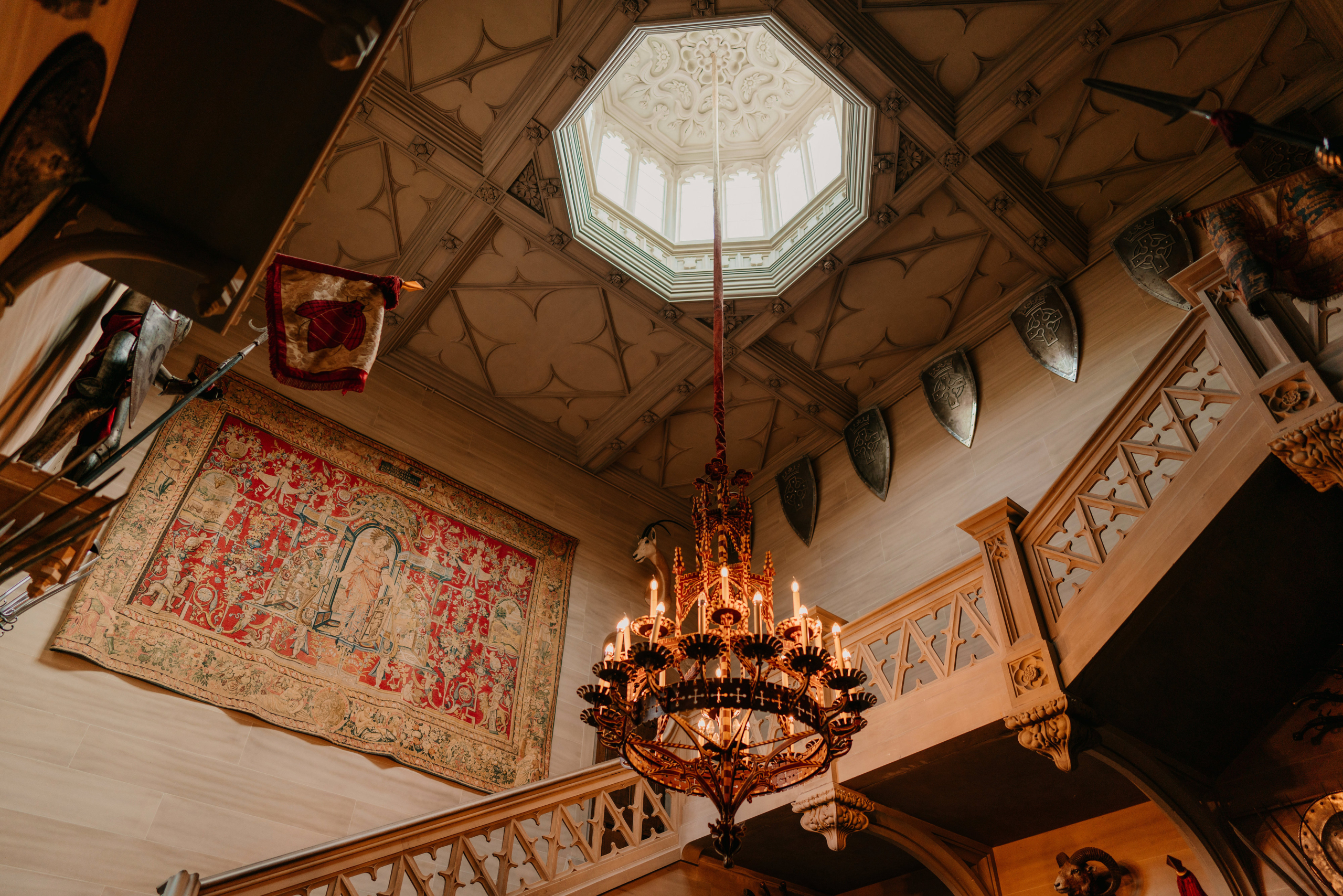 The history of Hampton Court Castle

Hampton Court Castle Estate has a fascinating and chequered history dating back to the 15th Century. The estate was originally formed by the merging of the manors of Hampton Richard and Hampton Mappenor.

Henry IV began building before giving the estate to Sir Rowland Lenthall at the time of his marriage to Margaret Fitzalan, daughter of the Earl of Arundel and a cousin of the King. Lenthall built a quadrangular manor house in 1427, twelve years after his knighthood at the battle of Agincourt. In 1434 he was granted a licence to crenellate the house by Henry VI.

Sir Rowland was succeeded by his daughter who married the Baron of Burford and it was their grandson who sold Hampton Court Castle to Sir Humphrey Coningsby in 1510.

It remained in the Coningsby family, a prominent noble Herefordshire family, until the early 19th Century when the estate was purchased by Richard Arkwright, the son of the famous inventor. Richard Arkwright’s son, John, then commissioned the remodelling of the house in the 1830s and ’40s. The work was designed and carried out by Charles Hanbury Tracy, later Lord Sudeley. The Arkwrights lived at Hampton Court Castle until 1912.

In the 20th Century, the estate passed through various hands and much of the original furniture was sold. It was rescued in the 1990s by the American millionaire, Robert Van Kampen, who extensively restored the Castle and added his own influence to the existing furnishings.

Find out for yourself

Enjoy a day marvelling at the historical sights of the Castle and taking in the beauty of the gardens and surrounding countryside.

Plan your visit
Well worth a visit  |  walkaholic, Google Reviews A great place, the gardens are well kept and full of colour. The house is in amazing shape and decorated in an unusual way with historic pieces.